In both cases, there are thousands of possible compounds which, when combined, deliver billions of different olfactory signatures, making olfaction (“smelling”) a far more efficient way of appreciating food than tasting. Note that when we say we’ve “lost our sense of taste”, more often than not we mean our sense of smell, for instance when we have a cold and our bunged up nose prevents odours/aromas from settling on the olfactory epithelium, leaving us adrift in blandness. 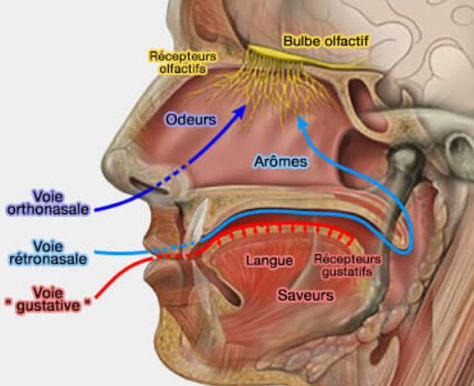 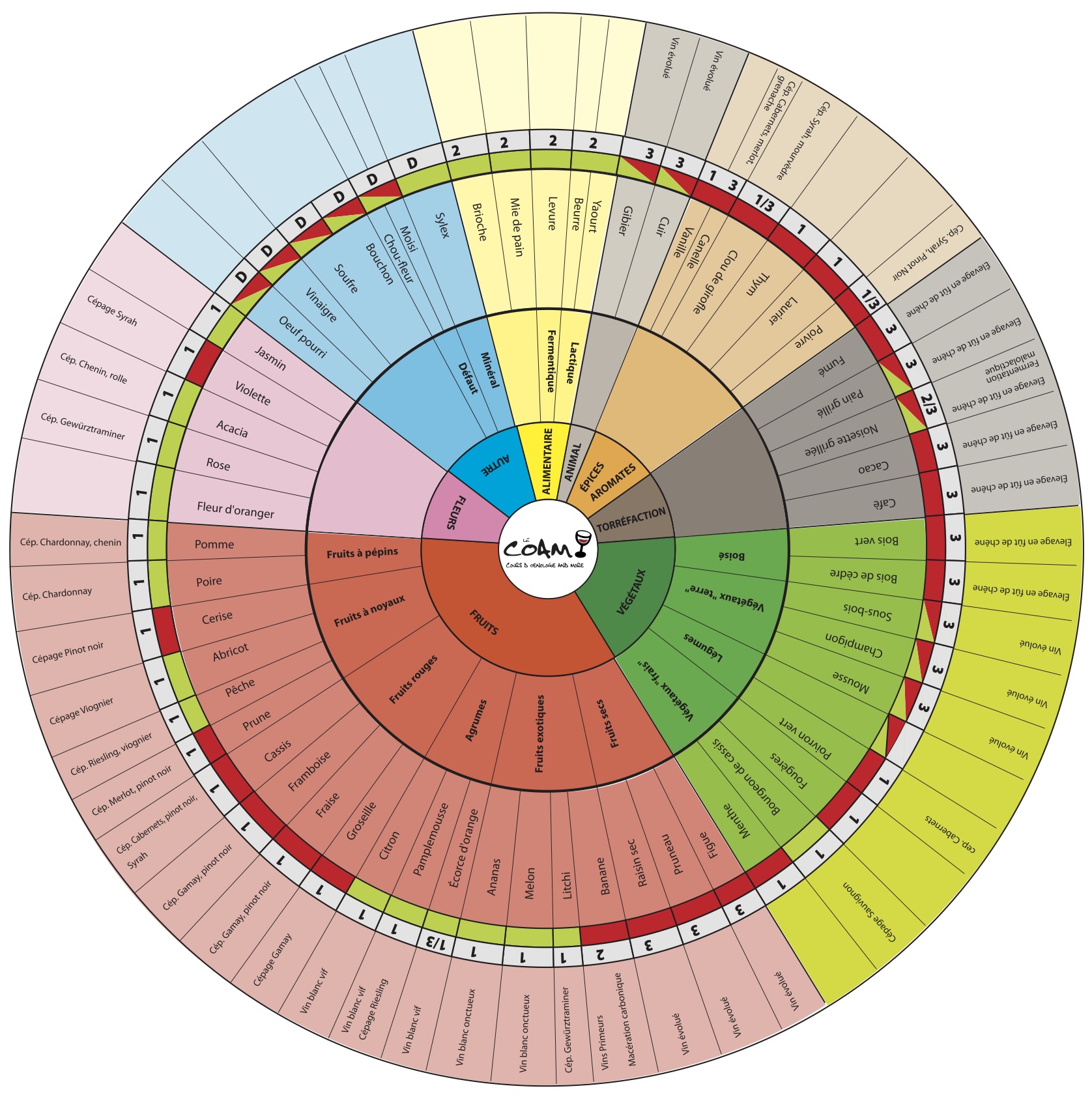 Odours and aromas settle on the receptors* lining the membranes of millions of nerve cells in the olfactory epithelium, located at the top of the nasal cavity. These send an electrical signal to the olfactory bulb, which processes the signal before sending it in turn to the olfactory cortex, which stimulates the amygdala (seat of emotions) and the hippocampus (seat of memory: hence the evocative power of Proust’s famous madeleine). The signal then continues its path to the neo-cortex, which processes information consciously. We can then put our feelings into thoughts and words.

We can then analyse and express our perceptions: some 1-octen-3-ol has risen from the food: it smells like mushrooms! Meanwhile, 2-acetyl-1-pyrroline evokes basmati rice. And 3-hydroxybutanone is the scent of fresh butter! **

But a lot of training is required to pull off that trick – you don't become a professional perfumer or taster in a day. These specialists spend many months exercising not their noses (which are more or less akin to ours), but their brains. Because while the modest number of flavours detectable by tasting enables a general qualification (acid, sweet, salty, etc.), the billions of possible smells oblige us describe what we’re experiencing with reference to everyday objects (strawberry, wood, dirty socks, wet tarmac and so on). ***

Sadly, from the moment we got up on two feet we humans gradually lost our sense of smell, which remains far better developed among our quadruped companions (from dogs to rats) whose noses are always close to the ground snuffling for the slightest scent of their fellow creatures, sexual partners, food, prey, or predators.

Scientists have demonstrated, however, that our olfactory system springs back into life when we’re hungry: appetite is sharpened, senses alert. But like many senses, smell loses its sensitivity with age, which can lead to loss of appetite in the elderly. Not to mention the more problematic inability to detect a gas leak in the house. A total loss (rare and often resulting from a trauma or an operation) is referred to as “anosmia” (or “smell blindness”).

* Their discovery in 1991 of olfactory receptors and the associated gene family won Linda Buck and Richard Axel the Nobel Prize in physiology and medicine in 2004.

** There are also many unloved odours, including the famous “taste” of cork, mainly caused by the presence of the compound 2,4,6-Trichloroanisole (TCA), which evokes the smell of mould or damp cardboard. This may indeed emanate from cork itself, due to the way the substance has been treated, or from storage in the cellar (via treated pallets, shelves, or cardboard boxes). Sometimes it’s even possible to detect cork in a wine with a screw top! Then all you have to do is turn it into mulled wine, which evaporates the TCA.

*** This vast field of possibilities can leave the apprentice cook scratching his head. Which combination of ingredients to choose? Tomato and basil? Strawberry and chocolate? Mint and peas? There are even “food pairing” algorithms which, from databases containing the aromatic profile of hundreds of foods (obtained by gas chromatography and mass spectrometry), automatically generate pairings based on the theory (completely unscientific, by the way) that the closer the taste profiles, the more the foods deserve to be combined. In practice, what does that give us? Celebrity “couples” such as white chocolate and caviar, strawberry and parmesan, or oyster and passion fruit, which are more or less convincing, depending on your personal taste!

A food specialist, Christophe Lavelle teaches culinary physico-bio-chemistry at numerous universities and schools (including the University of Toulouse, University of Cergy-Pontoise, Le Cordon Bleu, and the Basque Culinary Centre) and regularly holds talks for the public and professionals (chefs, tutor, engineers). He is also co-manager of the PALIM (food heritage) network of the Sorbonne-Universities Alliance and a tutor at the INSPE for cooking and pastry teachers. He recently published “All the Chemistry You Need to Know to Become a Chef!” (Flammarion, 2017) and ″I Eat Therefore I Am.″ (Editions du Musée de l'Homme, 2019). 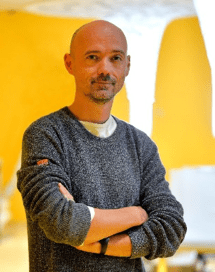 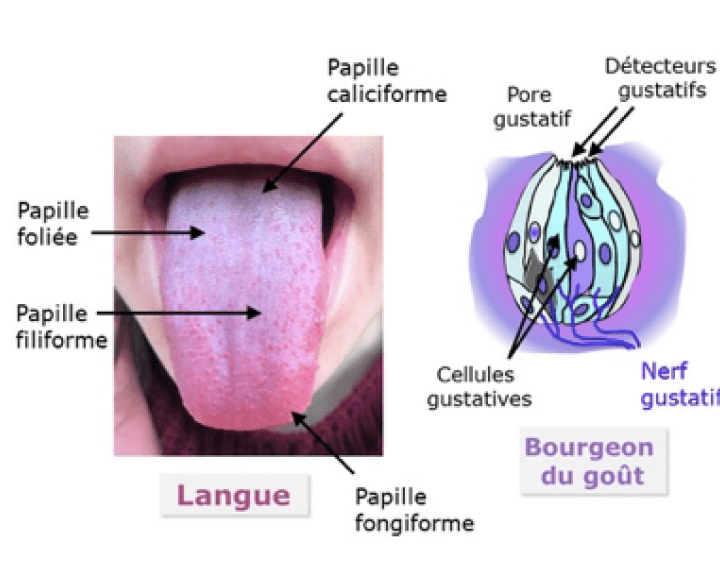 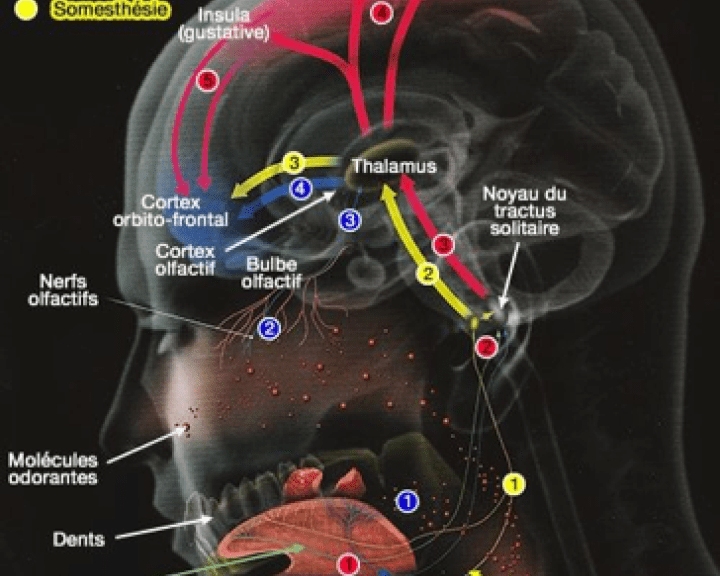