The Rungis International Market, partner of the Cité de la gastronomie Paris-Rungis, has chosen the first winners of its new foodie literary prize. From the 80 works submitted, the jury awarded the Prix Rungis des Gourmets to Elles cuisinent (‘Women In the Kitchen’) by Vérane Frédiani (Hachette Cuisine). 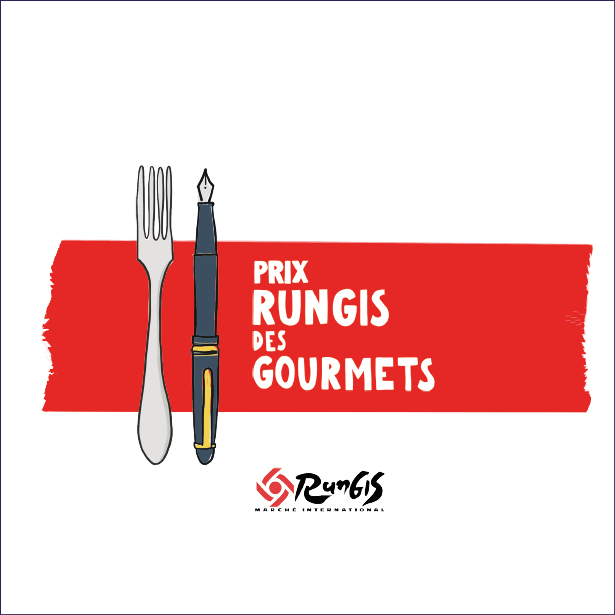 Ryoko Sekiguchi received the Jury’s Choice prize for her novel Nagori (POL). The 20-strong jury was headed by Alain Delcamp, secretary general, and made up of journalists, writers and food industry professionals.

Alongside the books by Frédiani and Sekiguchi, three other works were among the finalists selected by the jury for this first prize: L’art de la cuisine simple  (The Art of Simple Cooking) by Alice Waters (Actes Sud), Zéro Déchet dans ma cuisine  (Zero Waste in My Kitchen) by Géraldine Olivio and Delphine Paslin (Alternatives) and Encyclopédie des Plantes Alimentaires  (The Encyclopaedia of Edible Plants) by Michel Chauvet (Belin).

In her book Elles cuisinent, author Vérane Frédiani meets female chefs in France, the UK, Bolivia, Mexico, the United States and Japan. Via interviews, portraits, encounters and signature recipes, the chefs reveal their backgrounds, their ambitions, their ideas and of course their cooking. It’s a faithful rendering of the lives of female chefs in 2019, highlighting the talent and artistry of those who are creating today’s gastronomy and inventing that of tomorrow. The book is based on the author’s 2017 documentary (which is available in English as The Goddesses of Food).

Ryoko Sekiguchi’s Nagori is a poetic evocation of nostalgia for a vanishing season, written by a Japanese author based in France, whose homeland has 24 seasons. The word nagori (which means “the trace of something lost”) here represents the loss of fruit until it returns the following year. It is an ode to the rhythm of life and could be seen as an allegory for the arrival and departure of produce in the world’s largest fresh produce market, which earned it the Jury’s Choice award.

Stéphane Layani, President of the Rungis International Market as well as of the support committee of Cité de la gastronomie Paris-Rungis, commented: “If the Prix Rungis des Gourmets is dear to my heart, it’s because the winning works illustrate our own values. Every day, all those who work with us at the market strive for the democratization of gastronomy, making it available for all and adapting to the evolution of consumption habits and expectations, while protecting French culinary heritage.”

The Prix Rungis des Gourmets celebrates the art of great food and good living, while reflecting the food challenges of the 21st century. For the jury, the ingredients for success were excellence, generosity and innovation. The award promotes the philosophy ​​of “good food for all” ​​shared by the Rungis International Market and the Cité de la gastronomie Paris-Rungis. As a member of the jury, the Cité was delighted by the number of books committed to a more sustainable diet.

Learn more about the Rungis International Market here (in french).