Feeding Paris from field to plate

Until February 1 2020, the Forney Library in Paris – located in a beautiful medieval building – is the appropriate setting for an exhibition retracing the history of the capital’s food supply from the Middle Ages to the present day.

With its myriad grocery stores, markets and restaurants, Paris lies at the heart of a complex ecosystem. Throughout the ages, food supplies from the surrounding region, the distant countryside and abroad have had to make their way to the city. An efficient supply system is therefore essential. The exhibition “Nourrir Paris” (“Feed Paris”), created by the city’s History Committee, unveils this vital network and the way it has evolved over time.

The exhibition takes a mainly historical approach, but touches on the present day. Themes such as sustainable development, short circuits, street cooking and the influence of migration are discussed. The visitor’s journey is guided by paintings, advertising, films, photographs and tools.

The exhibition aims to shine a light on what makes Parisian food special. It features neighbourhood groceries alongside department stores (Felix Potin or Damoy), great restaurants, food stands, bistros and guinguettes (open air cabarets). It also returns to events that disrupted the city’s supply and consumption of food (such as famines, revolutions and wars). 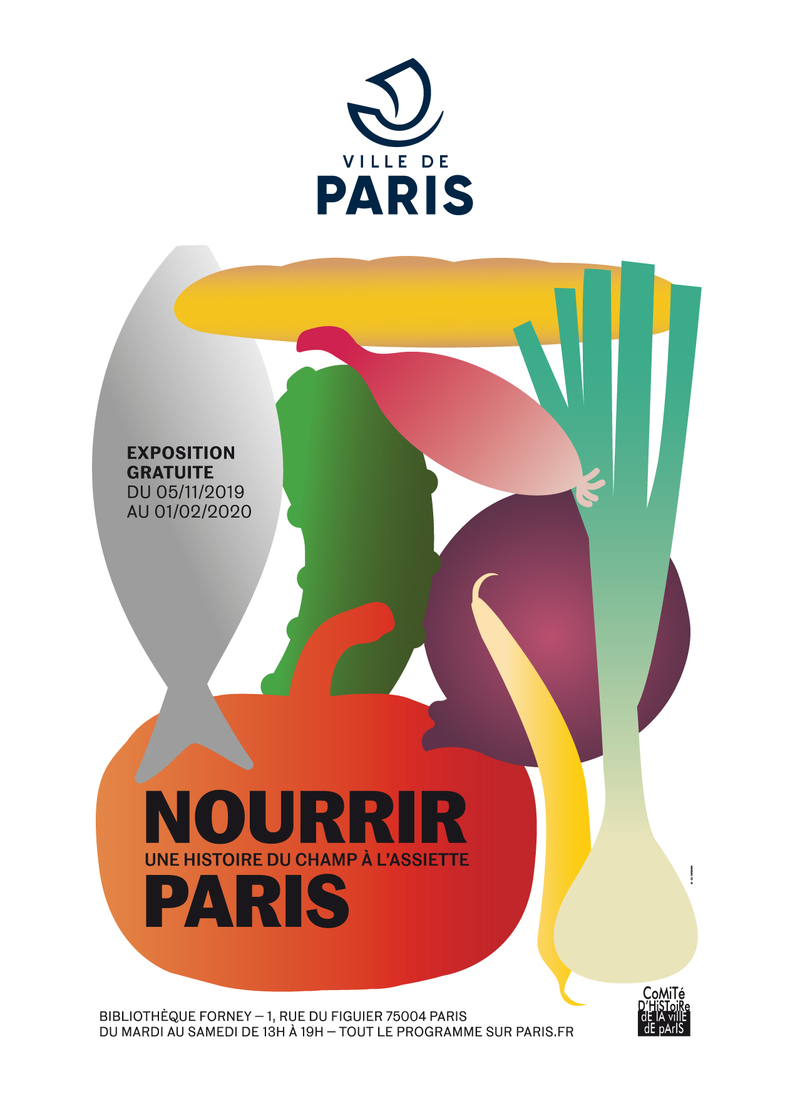 Finally, the visitor will rediscover the old “belly of Paris”, as described by Zola, the former food market at Les Halles that played a vital role in the capital, growing steadily until it was relocated to Rungis in 1969. The Rungis market is now the largest wholesale market for fresh produce in the world.

To accompany the exhibition, the History Committee has organized a series of lectures at the Petit Palais, plus guided tours and a discovery workshop at the Forney Library.

Learn more from the Paris City Hall website (in french)

Useful information:
From November 5, 2019 to February 1, 2020
From Tuesday to Saturday from 1pm to 7pm
Free entry
Bibliothèque Forney, 1 rue du Figuier, Paris
Guided tours: Every Saturday at 3pm until February 1 2020