Sustainable fishing or how to preserve the oceans

According to the United Nations Food and Agriculture Organization (FAO), nearly 90% of global fish stocks caught at sea are fished to their maximum yield (58.1%) or overfished (31.4%).

Overfishing does not allow species to renew, resulting in their disappearance.
Other worrying aspects of the situation are also brought to light by the 2018 FAO report. Overfishing "does not only have negative ecological consequences, it also reduces production in the long term, which also has negative economic and social consequences". Indeed, according to the WWF, more than 800 million people around the globe are dependent on fishing, as fish is their primary source of both protein and income. 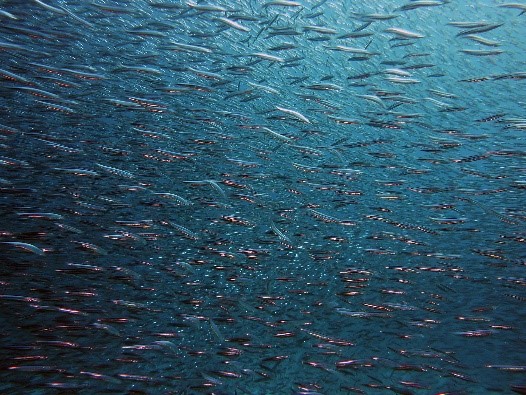 Faced with this threat, sustainable fishing is a responsible solution that preserves the oceans while answering society’s needs. This eco-friendly approach to fishing does not target endangered species. It avoids fragile regions and the breeding periods of each species. And it supports catch levels that allow stocks to rebuild.

Consumers as well as the fishing industry are implicated in these sustainable practices. They can play an important role by making themselves aware of the state of stocks or the fishing methods used.

Several measures and regulations have been put in place to ensure product traceability. The mode of production (caught or reared) as well as the origin of the species must be mentioned on labelled fish products.

MEPs (Members of the European Parliament) recently presented a report containing 27 proposals to combat overfishing and the collapse of stocks. Among the proposed measures, the introduction of quotas in the Mediterranean and the creation of a European sustainable fishing label.

On the tech front, the Planet Ocean app provides practical and educational help on how to choose products, identify endangered species and, conversely, those that are sustainably managed.

Meanwhile, the Slow Food movement has launched a major "Slow Fish" campaign to raise awareness among the public. It advocates for artisanal fishing and the responsible consumption of fish.

Finally, many chefs are committed to the preservation of species by including within their dishes overlooked or rarely-consumed fish, such as scad or ocean pout.