In March 2019, during a national study of dietary habits, thousands of French people responded to the question: “How can we all eat better?”

The initiative was driven by Make.org, a European platform designed to work with communities to create positive change in society. The launch of the extensive study is part of the “Act For Better Eating” project, which aims to turn eating habits into a national cause. The goal? To encourage the people themselves to suggest and vote on solutions.

Several major trends emerged from within these areas. Many participants want to favour easier access to locally grown and in-season foods. Plus they are keen to support the work of producers, especially those who practice alternative agriculture.

Over-packing is highlighted as a problem, while goods leftover from bulk selling are seen as a source of waste. Other popular proposals include healthier eating in schools and workplaces, alongside the development of awareness-raising activities. Many also favour more effective control of processed foods and improved transparency concerning their ingredients and provenance. 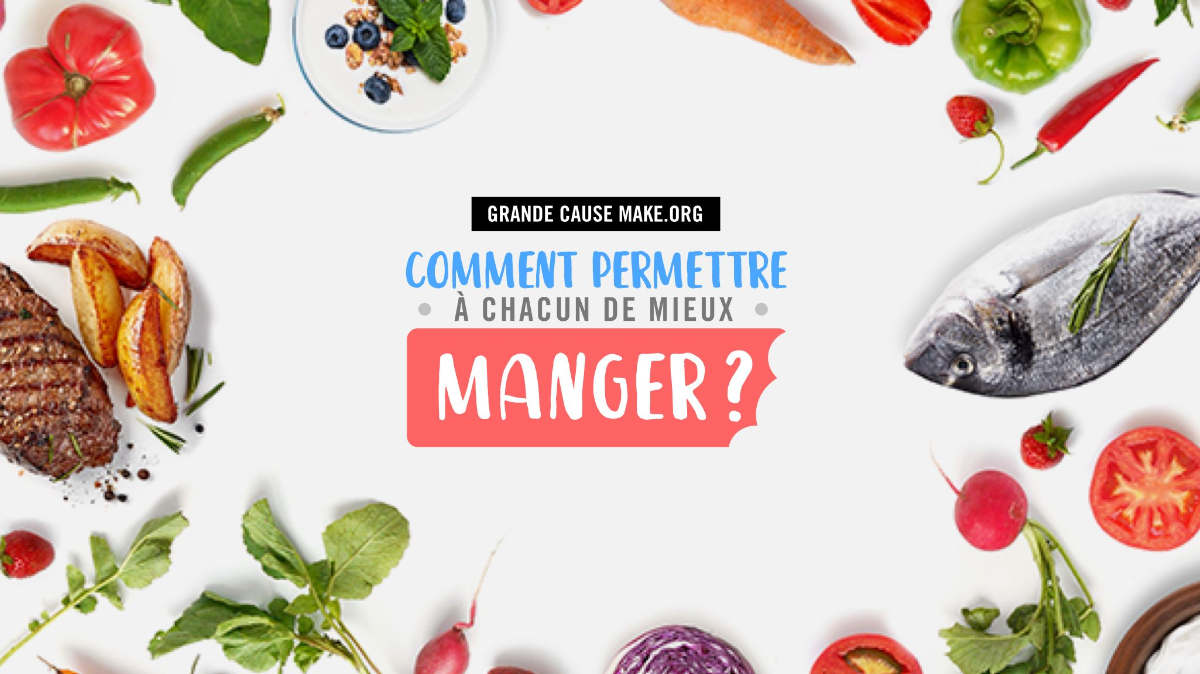 Some suggestions were more controversial, however. Opinions diverge when vegetarianism or dietary restrictions are proposed as solutions. Notably, price is not considered a barrier to better eating.

This study was the first step of the three-year "Act For Better Eating" project. The next stage, from July to December 2019, is dedicated to transforming these ideas into actions. The final phase, from January 2020 to December 2021, will require implementing these actions at a national level.